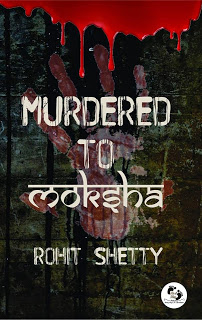 Summary
The story begins with the present scene, where the protagonist is being sentenced to life imprisonment, accused of murdering his own wife. Following this, the story goes into the flashback, when Aarav (the protagonist) and his wife (Esha) were in their college days. From the very beginning, Aarav is shown very determined to become a self-made man and not rely on his father’s business. He is the person who is not afraid to call a spade a spade. When his father rejects his business proposal, Aarav decides to step out of his house and start living a life of his own. His girlfriend ditches him, his friends betray him and his father turn a cold shoulder to his miserable life. It is then when his two college friends, Raj and Esha, come forward to lend a helping hand. Cupid strikes Aarav yet again and he decides to marry Esha. With time, Aarav becomes the one who holds all the aces and his firm becomes a blue-chip company. With the continuous support of his wife, he is able to come up in the world. But the odds decide not be in his favour and his wife is diagnosed with cancer. The story is a description of love, life and loss. The struggle of Aarav does not end but instead, it reaches the peak when his beloved wife asks him to free her of all the pain and discomfort. Will Aarav give in to the pleas of his wife? Or would he let her suffer? What does life have in store for him? Will he ever be at peace of mind? The story answers all the questions and ends with a heartbreaking climax.

My opinion
“Murdered to moksha” is a poignant tale of a young man and his wife, who struggle through the battles of life and fail, eventually. The plot of the story has all the elements of a perfect story- an arrogant- rich father, a gentle- modest hero, a love triangle, jealousy, a supportive friend, a loyal wife, a beautiful daughter and a heartbreaking end. The story runs at a comfortable pace and forces the reader to finish the book in one go. Intriguing, absorbing, entertaining, relatable- are some of the adjectives that I would use for describing this work. The author has tried to portray the characters uniquely and he has been successful in his attempt. Where Aarav is shown as a calm and determined character, his wife (Esha) is shown as loyal and modest character, such that both balance each other perfectly. The most gripping aspect of this story is the flawless depiction of various relationships simultaneously- father-son bond, father-daughter bond, bond between best friends and relationship between husband and wife. The end of the story, although predictable, leaves a lump in your throat. Lastly, the author has given an insight into what is euthanasia, which is commendable.

Overall, a must read with a tinge love. Good effort by the author.

Drawbacks
Before listing out the drawbacks, I would draw everybody’s attention to the fact that the story has been written in such a winning way that all the negatives are in its favor. The major drawback in this book is that the text is repetitive. The fact that Aarav wanted to earn a name of his own, without the help from his father, has been voiced time and again. Moreover, the words of Aarav’s father have been quoted twice or thrice. Secondly, there is lack of proofreading. There is punctuation error and mistake in the tenses as well.