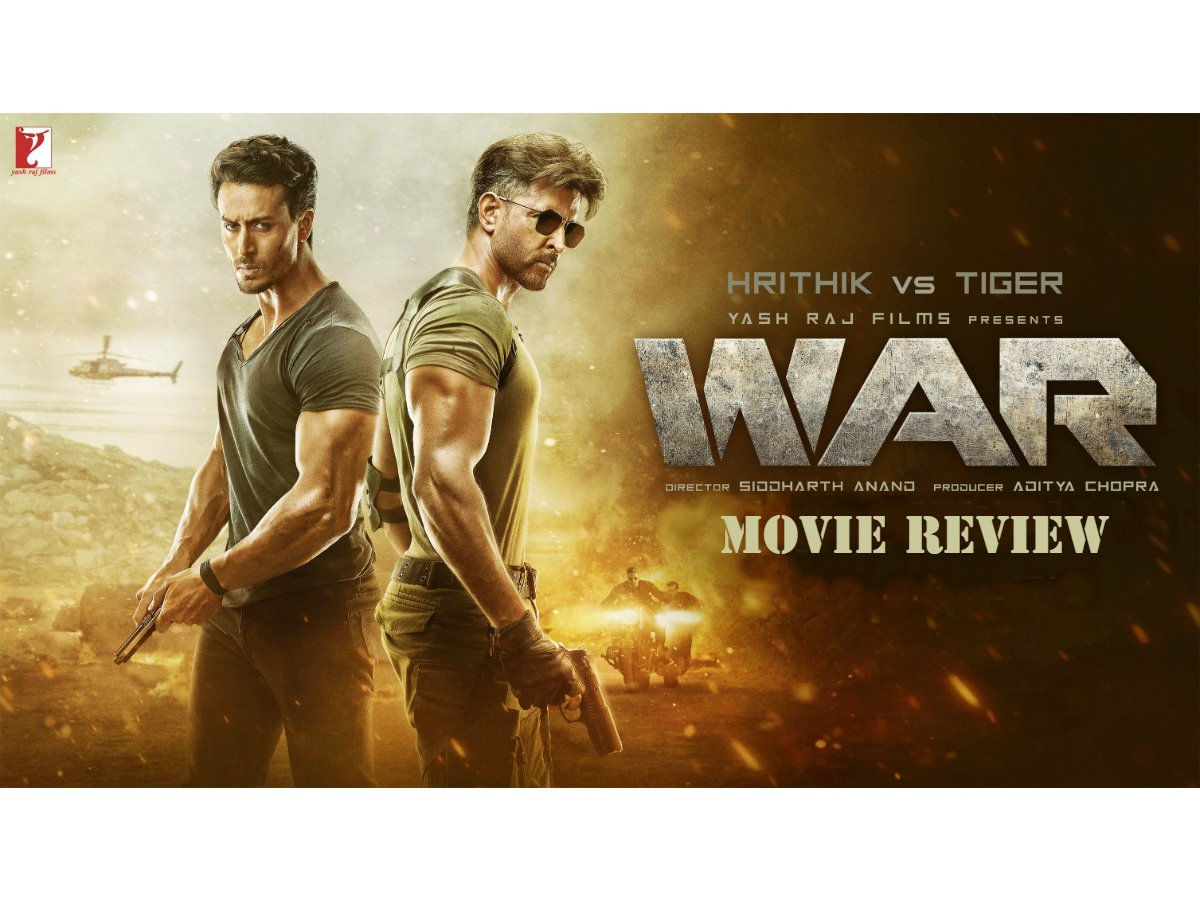 It has been a long time since I stopped watching every other Bollywood movie in PVR, for the misleading (read preposterous) storylines often made me glum. When I first watched the trailer of War, the face-off between one of the most handsome men in Bollywood, Hrithik, and the ace martial artist, Tiger, was something to look forward to. The best part of this movie is that it delivers what it promises. With the right mix of drama, action, thrill and adrenaline rush, War is a complete potboiler.

An espionage thriller by genre, War begins with India’s most agile and the unbeatable intelligence officer, Kabir, going rogue. Right from the first scene itself, the director uses smoke and mirrors to make the plot fantastic and unpredictable. While Kabir’s entry makes the audience drool over his chiselled abs and rugged look, Khalid is not far behind. Tiger marks his entry in the film as Kabir’s most deserving and trustworthy mentee. In a gradual process of events, Tiger demands from Colonel Luthra to give him the nearly impossible task of tracking down Kabir and executing him. Following this begins a cat and mouse chase between Hrithik and Tiger. Amidst several flashbacks and elusive themes, the director makes an attempt to let the storyline be focused on the main conflict. Eventually, the audience will be left rooted to their seats, for the second half of the movie offers quite many unexpected twists.

Some of the problems with War are the cliched scaffolding used like Kabir being the best agent ever, unnecessary addition of a heartbreak, ripping off clothes during fight scenes and misplaced songs. Another drawback is the desperate attempt of the writer to touch upon many themes yet leave all of them at a loose end. For instance, the relationship between Tiger and his mother shows how a doting mother fights against the vulnerability that the society subjects her to and raises her son to become capable of proving that a traitor father will not determine the future of his family. This theme could have been elucidated in a more appropriate way but somewhere in the process to bring in action, the writer’s focus shifted. However, I liked how the movie concluded. The climax was unanticipated and it was something that the audience might not guess in the beginning. Hrithik aces the test not only because of his looks but also because of the ease with which he pulls off Kabir’s character. Tiger, too, passes the muster. He is a talented dancer and a fighter. The writer and the director put this skill of Tiger’s to full use and help him shine. In fact, the twist in the story further made me appreciate the versatility of this young actor.

With spectacular cinematography and mind-blowing action scenes, War is a complete package. Sadly, Vaani doesn’t have much role in the film and thus, she fails to leave a lasting impression. Anupriya Goenka, as another intelligence officer, does justice to her character and yet again succeeds in impressing the audience. Ashutosh Rana, as Colonel Luthra, is a little laid back and slow but fits well in the role. Soni Razdan, as a patriotic mother and a traitor’s wife, is good. However, in spite of such good performances, Bollywood yet again falters in its logic. While everything goes right with the plot, the sudden inclusion of elements that seem implausible spoil the plot.

Using wit and spontaneity, director, Siddharth Anand, uses the USP of the movie i.e. Hrithik vs Tiger to the full extent and draws more and more people to PVRs. The dialogues are well-written and well-executed. But I felt there was a lack of research for the plot. After watching War, one thing is clear- Bollywood makes two kinds of movies- ones like Article 15 or Dangal where the background research is detailed and concrete and the other like Phantom or Ek Tha Tiger where logic is ignored and the focus is only on glamour and superfluous music. War is a bit different and that is reason enough to go for it. It does have glamour in the form of Vaani Kapoor but that is quite contained. It does have loud and catchy music but that, too, is limited.

Overall, War is a full value for money but if you are looking for a movie that inspires you or educates you, this is not the right choice.