Ella worked in a jewellery shop. Like any other girl, she dreamt of having plenty of money one day, to buy all the beautiful necklaces and rings. But the odds were never in her favour. Her path to her goal was filled with obstacles.

Every now and then she had to face a stressful plight and this had eventually made her oblivious. 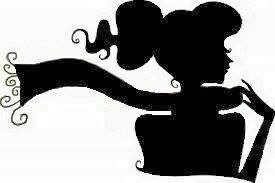 She had never, even in her wildest imagination, thought that such an encounter would change her views on life. Life, for her, was a burden. She never enjoyed any moment of happiness because she feared that it would be accompanied by sadness. But amidst all these feelings she failed to realize that for every minute she was sad, she lost sixty seconds of happiness. She needed an eye opener, a guide, a ray of hope.
That day she had to go to work a little late. It was noon by then. She woke up an hour later than usual and got ready for work. She wore a bright orange dress, arranged her wavy flicks and braided her hair neatly. Getting late for work was not her cup of tea. But that day she was late. She hurried and walked across the street swiftly. Not more than 100 steps had she taken when she realized that someone was walking beside her. She did not notice the person but could see a long black scarf. She stopped, turned and saw. A beautiful woman was standing beside her. She had a picture perfect smile on her face.

She wore a black dress with a black scarf. Her long black her complimented her pretty face.

Ella could not take her eyes off her. All she could think was that how could anyone be so relaxed and looked so lively, why couldn’t she be lively and as fresh as a flower. She was forced to ask the girl in black the reason for her beauty. 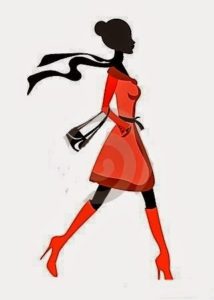 “I am what I think I am. Beauty is just another word. It is our perception that defines our personality. Life is not a bed of roses and even if it were, it would have been monotonous. I enjoy each and every moment I get to spend and that gives me a hope for a better tomorrow.”

Ella had heard such words before. She asked her if she had any problems in life, to which the girl replied,” Yes dear, ofcourse I have problems. Everybody has problems. But to make them major or minor, is in our hands. I always look for solutions, rather than mourning over what has happened.”

The girl seemed so confident and magnificent. It looked as if she had stopped aging. On the other hand, was Ella. All soaked up in the pressures of life, helpless and hopeless.

By the time Ella reached the jewellery shop, it was lunch time. All through the way she had been pondering upon what the girl with a black scarf had said. She was so engrossed that she didn’t even realize when the two of them parted. When she reached her desk, she kept her bag on the desk. It was quite warm inside. Ella removed the long scarf and hung if on the chair. During the later half of the day, when the manager asked her the reason for being late, she just smiled and left. Something had changed in her.

Ella was lively. She was happy. It was during her solitary time, that she realized that the girl with a black scarf was Ella herself. It was her shadow, who had taught her a lesson for life. She realized that happiness is when what you think, what you do and what you say, are in harmony. Life is not solid- it is fluid and so it changes.

Not all problems will last for a lifetime. You just have to look within and ask yourself for a solution. And it works magically.